Write a story in 26 sentences, each one starting with the next letter of the alphabet? The Alphabet Story Challenge accepted!

I first heard about the Alphabet Story Challenge on Reddit, the rules quite simple. Write a coherent story in 26 sentences, each sentence starting with the respective letter of the alphabet. Meaning the first sentence of the story will start with A, the second with B, and so on.

The biggest challenge of this constrained writing is to write a coherent story according to the rules. Problems may also arise around the end of the alphabet, with letters as X. Some may cleverly use names in these cases, such as Xavier, or Zoe for Z. I decided to challenge myself even more and don’t use names in the whole story. This is what I came up with.

As the sun set over the moors, a small carriage full of thugs, murderers and rapists slowly approached the crossroad. Before they stopped to set up a camp for the night, the carriage’s rider, a tall man with a hat pulled all the way into his face, said to the passengers at the back.
“Cut the ropes and you’re dead.”

Darkness hesitantly surrounded the camp they set up, surely surprised at the peculiar sight. Even the crows, normally creating the macabre sounds of the moors, now went quiet, as they all caught interest in the camp; the rider at the fire, five other man, bound in ropes huddled together a few steps from the fire, shuddering with the creeping cold.

Faces distorted with scars, old clothing, dead eyes, these were the worst of the worst, sent to die at the Sanctuary, deep in the Northern Wilds.

“Gods won’t help you now, scum,” the rider proclaimed, when he noticed one of the criminals praying, his eyes turned up to the skies. “Help shall not come for any one of us, brothers, as we have sinned and we do deserve the ultimate punishment,” all the other men now directed their eyes at the one speaking, a slender man without a shirt, scars all over his back.

“I have murdered, tortured, raped and stolen without any hesitation, without any remorse – if that is not deserving of the Sanctuary, tell me, friends, what is?”

Just as the biggest man, a brute, took a deep breath to shout at him for calling him a friend, the rider rose from his squat to grab the men and stuff them back into the back of the carriage.

Light appeared with the rising sun on the horizon, as the liars closed in to the prison, the place they were to spend the rest of their short lives. More and more anxiety started to take shape in the involuntary travelers, for they heard the stories of the Sanctuary, of all the people perished in the Northern Wilds. No man ever returned alive. Open were the gates of the prison, there were no guards and no measures stopping the prisoners from leaving it, except the harsh jungle surrounding, full of deadly creatures. Pleading, the travelers were pulled out of the carriage by the rider, placed at the edge of a cave. Quietly, a short man sneaked up on the group from behind, slashing one of them with a knife made out of stone, causing blood to splash the walls of the cave; the rider smiled and jumped back on the carriage. Riding off in to the distance, the only chance of their escape.

Shortly after, they were huddled around a fire inside the cave, eating the remains of their killed companion. “This is how it works out here – get used to it quickly, if you want to survive more than a day,” the short man proclaimed with a mouth full of meat.

Upcoming days were full of death and misery, as three other men died, either as a cause of an infection from cuts, or from the predatory attacks of the animals from the jungle. Voices started whispering throughout the group about trying to escape, to gather all their strengths and leave through the jungle itself, aiming for the cleared out path back to civilization; this path was however guarded by the Black Watch, as the short man pointed out; despite this problem, they decided it way their best shot at surviving, although the chances were slim. What are desperate men willing to risk in pursuit of life.

“Xanites, flowers used for healing – might be helpful,” the short man explained, as he packed a handful of yellow dust into the bag he made with hides.

Young men, scared for their lives, some would call them monsters.
Zaelots of the anarchistic life, all dead within the first day out in the jungle – there is no escape from the Sanctuary; another six men dead, victims of their actions.

The biggest roadblocks were K, X, and Z. For X, I had to, in the end, make up a whole new word.

These little challenges are fun and are quite quick to complete – this one took only about an hour. In comparison, you can try other writing challenges, for example, the Chronicles Writing Challenge, which takes 120 days.
After all, the Alphabet Story Challenge was a really fun creative experiment and I look forward to trying more of these small challenges!

Have you tried this challenge for yourself? How was your experience with it? Be sure to post your stories and feedback to the comments! 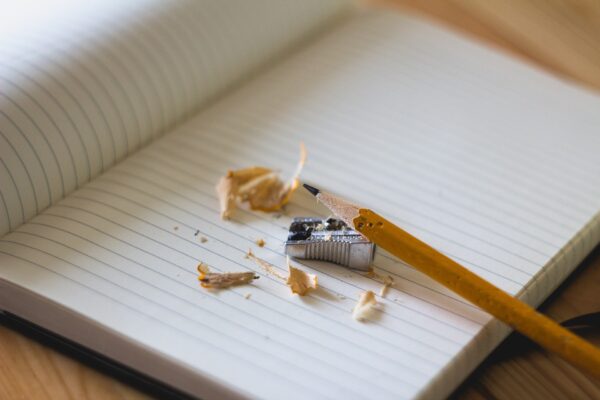 Twitter Fiction and What I’ve Learned From Writing Tiny Stories