If you have created a fantasy world, magic is probably a part of it. I’d like to talk about magic systems, what makes a good one and how to create all of its parts.

On Eledris, magic comes from the planet itself, coursing through its veins, only occasionally seeping out onto the surface, where it crystallized rather quickly. The races of Eledris then collect this raw magic and use it to fuel their spells. Those who possess these crystals can cast spells included in the 15 schools of magic: Creation, Enchanting, Elemental, Natural, Pseudo-Elemental, Dreamweaving, Illusions, Mind Control, Minions, Alchemy, Teleportation, Healing, Necromancy, Demonic and Transformation. Using magic drains the user, tiring them, in case of bigger, more complex spells, even rendering them unconscious or killing them. The crystals of raw magic are used as a source of power – when a mage can take magic from the crystal, casting the spells doesn’t drain him as much.

In the Wizarding World of Harry Potter, you have to be born “the right way” to use magic. You also have to be taught how to use it. Wizards and witches also use magic wands, imbued with power from parts of magical creatures. Words are also used to cast spells – saying different words will have different effects.

Gandalf in Middle-Earth is an Istari, very powerful beings, who were sent to the world to free the races from Sauron. The magic he and the other Istari demonstrate is just in their nature. Men cannot “use” magic.

I’m sure you can find many more examples of different magic systems in works of fiction. The systems of the Wizarding World and Middle-Earth are good (I dare not rate my own system), in my opinion. What would make a bad magic system?

In the world of Thorald that I just made up, only one person in a hundred years is born a mage. This person is called a Seer. When this happens, he who can yield magic can use spells comparable to the feats of Gods. The usage doesn’t have any consequences on the Seer.

In practice, this would mean that the whole world has a dictator, or a child murdered every hundred years. If and when the Seer grows up to understand his powers, he can do literally anything. He could come to rule the world in hours and nothing could ever stop him. And power does often corrupt. Therefore, the planet would have a whole new brutal dictator every hundred years; if the Seer can actually die. If not, when the second Seer would rise, a battle would probably begin, destroying the world in the process.

How can you ensure your magic system makes sense and is “good”? There are a few basic guidelines for creating these systems.

Even magic has to have its explanation. The characters don’t have to be aware of it, but it’s important for you, the author, to be sure where the magic comes from and why does it work.

How can magic be used? Can users summon fireballs, transform their foes into sheep or speed up the growth of crops? How does it look when magic is used and what does the user need to use it (wand, some kind of fuel, training)? Who can use magic (do you have to be born a magic user, can it be taught or a combination of both?).

What limitations does the magic have? Does it pose danger to the user itself? Magic should have some consequences, else we are going to arrive at the Thorald example from before. A good question to ask yourself can be: “What is the most powerful spell someone could cast and what would happen?”

Something to consider is the cultural part of magic, which could be the power to shape reality and cast spells would influence people who know about the magic. Maybe there would black markets with tomes of forbidden spells. Magical schools could form, or maybe magic is shunned by the common folk, so wizards have to hide; the people would attack them if they knew they can use magic.

With your magic system done, be sure to remember all the rules you set when world-building the rest of the world. If you don’t like something, you can change it, but remember to then go back to all usings of magic and test it to the new rules. Because perhaps the most important tip for creating magic systems is “be consistent”.

You can get an exclusive worksheet for your magic system, as well as a ton of other exclusive resources when you sign up for my newsletter.

You can find more worldbuilding guides under the World-building tag.

I’d also like to invite you to the Eledris Discord server, where I’m building a community of awesome worldbuilders, writers, artists, and game developers. It’s a great growing place to hang out in; check it out!

Tell me about your magic systems! Is there anything I forgot about or should talk about more in this article? Feel free to post any feedback to the comment section! 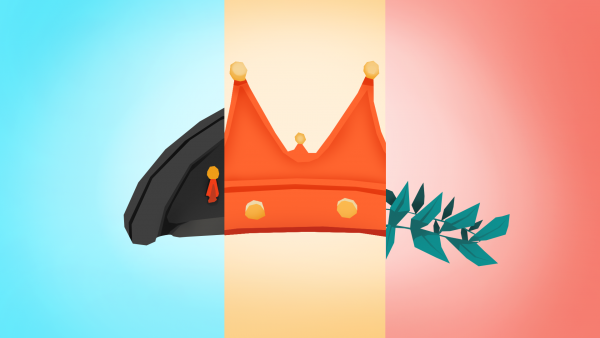